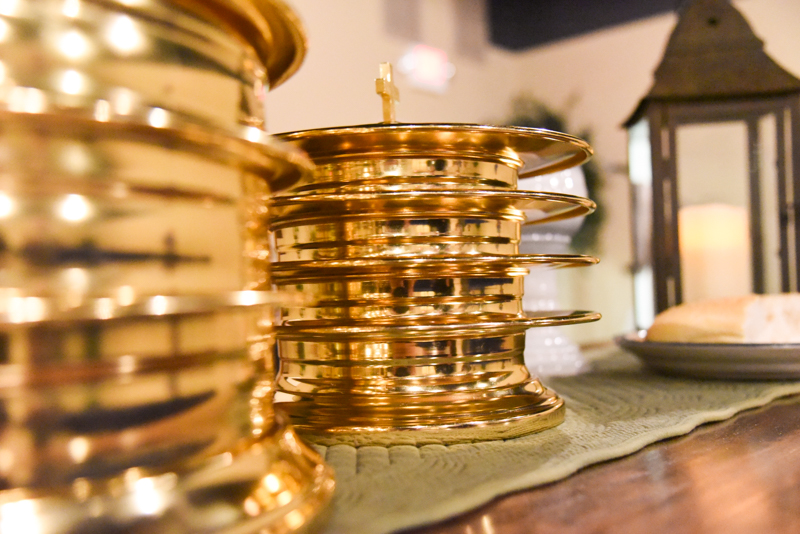 A short summary of our beliefs:

We believe the Bible is the written word of God, inspired by the Holy Spirit and without error in the original manuscripts. The Bible is the revelation of God’s truth and is infallible and authoritative in all matters of faith and practice.

We believe in the Holy Trinity. There is one God, who exists eternally in three persons: the Father, the Son, and the Holy Spirit.

We believe that all are sinners and totally unable to save themselves from God’s displeasure, except by His mercy.

We believe that salvation is by God alone as He sovereignly chooses those He will save. We believe His choice is based on His grace, not on any human individual merit, or foreseen faith rather salvation from start to finish is a gift from God including our faith.

We believe that Jesus Christ is the eternal Son of God, who through His perfect life and sacrificial death atoned for the sins of all who will trust in Him, alone, for salvation.

We believe that God is gracious and faithful to His people not simply as individuals but as families in successive generations according to His Covenant promises.

We believe that the Holy Spirit indwells God’s people and gives them the strength and wisdom to trust Christ and follow Him.

We believe that Jesus will return, bodily and visibly, to judge all mankind and to receive His people to Himself.

We believe that all aspects of our lives are to be lived to the glory of God under the Lordship of Jesus Christ.

The five solas of the Protestant Reformation offered a strong corrective to the faulty practices and beliefs of the time, and they remain relevant today. We are called to focus on Scripture, accept salvation by grace through faith, magnify Christ, and live for God’s glory. These form the basis of Protestantism as much as they do for the Reformed tradition.

5 Points of Calvin:
We believe that Scripture clearly teaches that salvation is the work of God alone (monergism).  While man is responsible for his choices and actions, God alone can change our hearts and enable us to respond to his calling. Therefore, monergism is supported by the canons issued by the Synod of Dordt, as summarized in the Five Points of Calvinism:

Although this was a national synod of the Reformed churches of the Netherlands, it had an international character, since it was composed not only of Dutch delegates but also of twenty-six delegates from eight foreign countries.

The Synod of Dordt was held in order to settle a serious controversy in the Dutch churches initiated by the rise of Arminianism. Jacob Arminius, a theological professor at Leiden University, questioned the teaching of Calvin and his followers on a number of important points. After the death of Arminius, his own followers presented their views on five of these points in the Remonstrance of 1610. In this document and later in more explicit writings, the Arminians taught election based on foreseen faith, universal atonement, partial depravity, resistible grace, and the possibility of a lapse from grace. The Synod of Dordt rejected these views and articulated the Reformed doctrine on these points, namely, unconditional election, limited atonement, total depravity, irresistible grace, and the perseverance of saints. These points of doctrine are based entirely on the Bible, and refute Arminian theology which is, at the heart, synergistic, relying on a cooperative effort between man and God.

You can check out more of our theology through the Cool Links button, but you'll find us to be Biblical, Gospel-focused, and Reformed. Our church firmly believes that people in U.S. churches today are spiritually hungering for the Bible to be explained accurately and clearly. God's Word and the Holy Spirit are meagerly taught from most pulpits today. Our desire is to make certain that our attenders understand God's Word clearly, know how to apply it, and always see Christ and his Gospel magnified when they leave each one of our services.